I am reminded of the words of the great Martin Luther King, Jr. “Hate cannot drive out hate, only love can do that.”

But I say love is action.

Proud to serve as WLALA President-Elect and committed to heed the call.

The Women Lawyers Association of Los Angeles (WLALA) condemns the recent attacks on Asian Americans and Pacific Islanders (AAPI) across the nation. We stand with WLALA members and members of our Sister Bars because we know that we are stronger together. Today, we particularly acknowledge our sister members of the Asian Pacific American Women Lawyers Alliance (APAWLA). We acknowledge that silence is complicity and stand up as allies in speaking out against anti-Asian hate and racism in all forms.

On March 16, 2021, a terrorist went to three Atlanta-area spas – all owned and operated by Asian Americans – and shot and killed eight people, six of whom were Asian women. Phi Nguyen, litigation director at Asian Americans Advancing Justice – Atlanta, said: “That the Asian women murdered yesterday were working highly vulnerable jobs during an ongoing pandemic speaks directly to the compounding impacts of sexism, structural violence, and white supremacy.” WLALA expresses its deepest condolences to the families, friends and loved ones of Xiaojie Tan, Daoyou Feng, Delaina Ashley Yaun, Julie Park, Park Hyeon Jeong and Paul Andre Michels and the two victims whose names have not yet been released and hope that they can find strength, comfort and peace during this time of profound grief.

Between March 2020 and February 2021, the United States saw more than 3700 reports of anti-Asian hate incidents related to COVID-19, according to a recent report released by Stop AAPI Hate. Nearly 44% of all incidents reported to Stop AAPI Hate have occurred in California. The incidents in California, including the Los Angeles metropolitan area, include attacks on senior citizens who were beaten severely and sometimes killed while walking in their neighborhoods. On January 26, 2021, President Joseph R. Biden issued a Presidential Memorandum to condemn and combat racism, xenophobia and intolerance against AAPI persons in the United States.

WLALA cares deeply about this issue. We are outraged and heartbroken at the events that occurred in Atlanta and that are occurring in Los Angeles and across our country. In the fight for an anti-racist and anti-hate world, we have a responsibility to educate ourselves and to combat hate, discrimination and injustice perpetrated against our fellow humans. WLALA is a co-sponsor of the APAs vs. Hate Conference, a free virtual series open to all members of the community. Registration and recordings are available here: http://bit.ly/calapaba.

Here are some ways in which WLALA will take meaningful action:

1. Speak up and condemn these attacks and anti-Asian hate and racism;

3. Protect oneself when faced with discrimination and/or safely speak up for others as a bystander. This weekend, Act to Change will be holding a free webinar on how to combat AAPI hate and a bystander training. Registration is available here: https://acttochange.org/stopaapihate/. Asian Americans Advancing Justice and Hollaback are also putting on several trainings on bystander intervention.

4. Learn about the history of discrimination faced by the Asian Pacific Islander community. National Geographic’s article about America’s history of scapegoating its Asian American citizens is one resource; and

5. Support, donate to and volunteer with organizations like Stop AAPI Hate, Asian Americans Advancing Justice and Act to Change – all of which are actively combatting racism faced by the AAPI community.

We are guided by the words of Stephanie Cho, executive director of Asian Americans Advancing Justice-Atlanta: “Now is the time to hold the victims and their families in our hearts and in our light. We’re calling on our allies across communities of color to stand with us in grief and solidarity against racist violence in all its forms. When our most vulnerable community members are targeted, we all need to band together.” We stand with you. 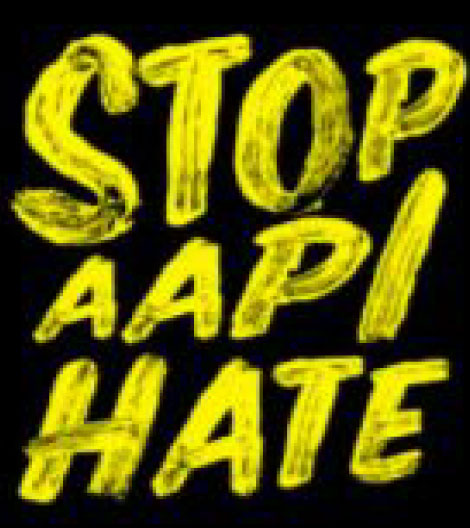